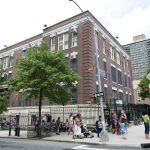 Postings and Eligibility: Principal and Executive Principal vacancies are generally posted at the beginning and middle of each month and remain open for at least 15 calendar days. Posting dates may be adjusted for holidays or weekends. Selection for school appointments will be done in accordance with Chancellor’s Regulation C-30: – In order to apply […] 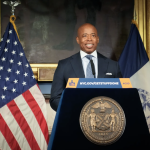 After a bruising battle last year over school budget cuts, Mayor Eric Adams reversed course Thursday on a plan to slash an additional $80 million next year from the coffers of schools that lost students during the pandemic. In his preliminary budget, Adams announced plans to delay the previously scheduled cut, giving a temporary reprieve […] 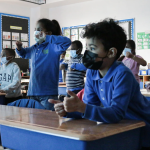 As schools across the city grapple with the mental health fallout of the pandemic, Chancellor David Banks indicated this week that the education department is in the process of introducing breathing exercises for all students. “We are looking at rolling out two to three minutes of breathing technique[s] for every student in New York City […] 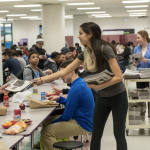 More than 130 children’s organizations recently called on President Biden to declare a national emergency in response to America’s youth mental health crisis. That news came just days after an expert panel recommended that all children ages eight to 18 receive routine screenings for anxiety. These developments drew new attention to a worsening situation. Yet […] 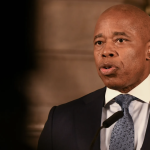 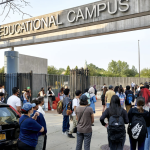 Arnulfo Toribio was ready to drop out of high school. It was 2020, and Toribio felt exhausted from learning years’ worth of material while balancing school with a full-time restaurant job. Before immigrating to New York City a few years earlier, he had spent much of his childhood working on a Mexican farm to support […] 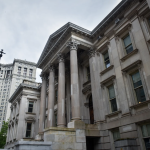 NYC is using one-time COVID money for a lot of education programs. What happens when it dries up?

In the midst of the coronavirus pandemic, New York City’s education department received a massive windfall: more than $7 billion in federal relief funding to help reopen school buildings and address lost instruction. But city officials have used a significant chunk of that one-time relief on initiatives that have recurring costs. What happens to those […] 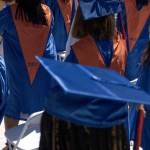 New York’s high school students have taken Regents exams since the 1870s. But they could become a relic of the past, as state officials start the final leg of a lengthy process to rethink the state’s graduation requirements. In New York, students are generally required to earn 22 course credits in high school and take […]
MORE NEWS